When Helmut Merz glanced out the window, he saw a box opposite his house in Güterstrasse that looked a bit like a scrap wood scrap disposal site.

The paved plot is located next to the large silos in ZG Raiffeisen. There’s nothing on it, just the old, dry bark of the trees that were last stored there: “I look at it every day. Then we talk about the beautiful life,” says Merz. The scene annoys him. This is also because the area is unused – and nothing happens.

Something always happened in the past

“Everything stays here. No one seems to care. No one cares.” Merz has been living in the house located in Güterstrasse since 1961. In the past, there was always something going on here.

The soldiers went up and out, the circus came, and the unloading took place at this point. “Of course, people were doing a lot with the train. Now it’s only the bark that dries out,” says Merz.

The city doesn’t own the site, Merz says, it’s from the railroad: “You used to say something about the station and in the offices.” This is no longer possible. Moreover, there are still concrete beams, perhaps left from the renovation of the station: “Forward there is more material.”

That’s what the train says

What it’s all about finally results in an order from Deutsche Bahn. There you learn more about the purpose of the venue: “It’s a loading street owned by DB Netz AG,” a rail spokeswoman explains. It was marketed to a railway company for the purpose of loading timber. “According to our information, timber was loaded there for the last time in mid-May,” the spokeswoman continued.

But what does this mean in concrete terms for Helmut Merz’s concerns? The railways at least want to pass it on accordingly: “We will pass on information from residents about the state of cleaning the loading road to the railway company operating there,” says the railway spokeswoman.

Sending: The new triple hall at Send should provide space for around 450 spectators 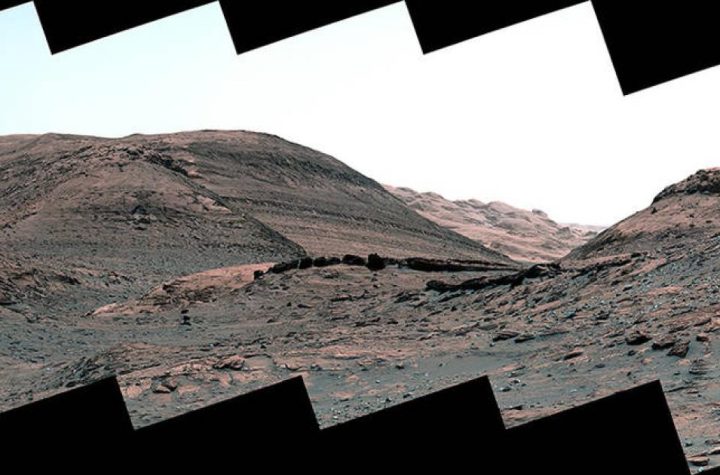 NASA releases exciting images of the changing landscape of Mars