Early in the evening, hundreds of volunteers arrived in front of the village of Kamatriadis on the island of Evia to join locals and firefighters to fight the approaching fire. Television footage showed large groups of young men carrying backpacks and masks.

In addition to Kamatrides, the localities of Istaya and Avjaria in the same area were evacuated. Electricity and water supplies were disrupted in the fire areas, and firefighters had to deliver water in fire trucks.

Volunteers wait in the village of Kamaterides to help firefighters with their firefighting work. 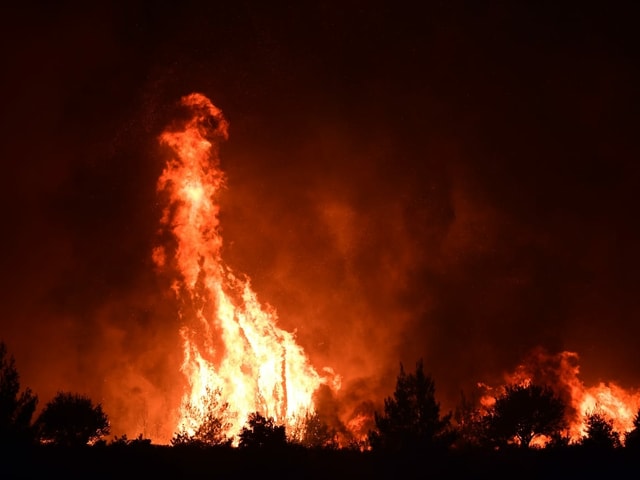 Fires are still raging on the island of Evia. 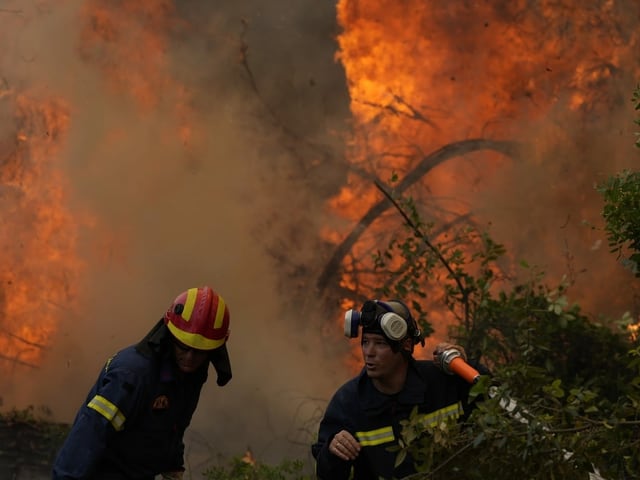 Firefighters take up positions near the village of Ellinika. 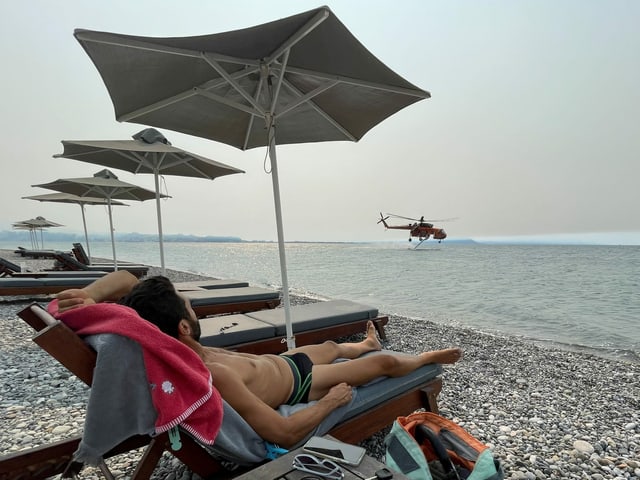 A helicopter refueling water near the village of Pefki on the island of Evia. 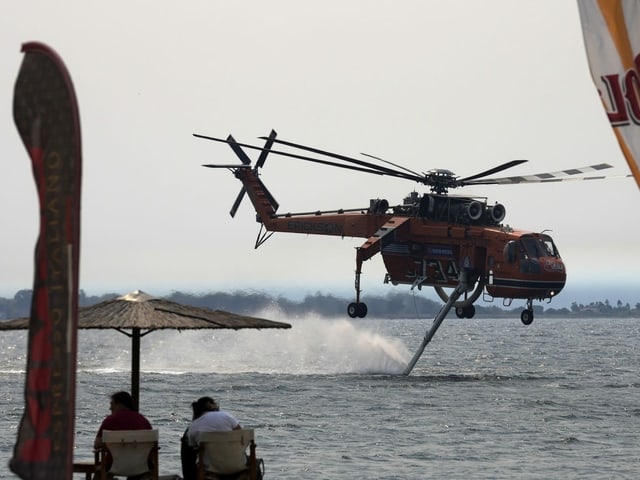 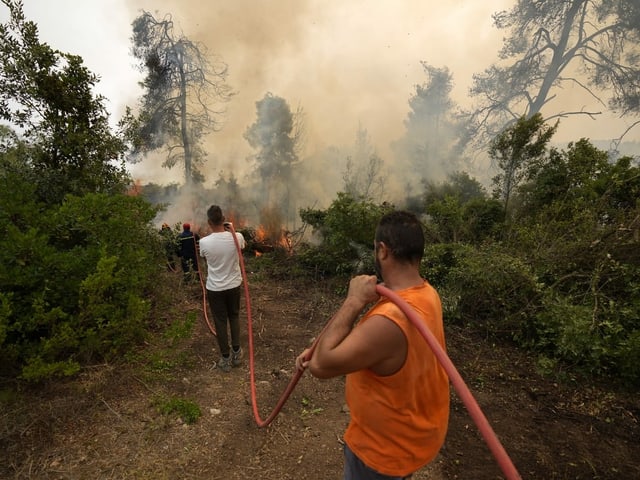 Many volunteers support firefighters in their firefighting work. 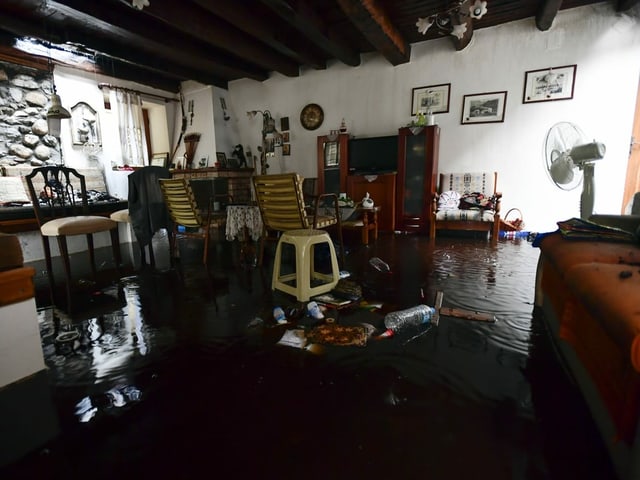 The fire submerged a house in the village of Kastri.

Many of the helpers were armed only with twigs to beat the incoming flames. Firefighting planes and helicopters cannot fly in the dark.

The government plans to rebuild quickly

The Greek government wants to completely reorganize the civil defense as a result of the severe fires in the country. “In the future, the focus will be on prevention, not reaction,” Prime Minister Kyriakos Mitsotakis said in a televised address Monday evening. The construction plan – also for afforestation, which will be carried out according to the latest results – will go directly to the Prime Minister.

Athens wants to deal with the rapid reconstruction of burned-down homes and industrial buildings as well as help with other fire damage to citizens with a special budget of 500 million euros. Assistance should be provided to people in a non-bureaucratic manner via an online platform. Damage identification had already begun on Monday morning in northern Athens.

In the past few days, Mitsotakis said, 586 fires have broken out across the country. The prime minister said he did not want the climate to be an excuse for the fires’ path. But the reason behind the intense fires: “The climate crisis is clearly knocking on the door of the planet.”

According to official information, three fires are still not under control in southwestern Turkey, but residential areas are no longer threatened at the moment. Because the situation in Greece is currently worse, two firefighting planes will be sent to the neighbour, Minister of Forestry Bekir Bakdemirli said Monday evening.

Experts in Turkey continue to urge caution. Also for the next few days it should be very hot and dry. The risk of fire remains high.


Open the chest
Close the box

In Italy, the Civil Protection continues to receive many requests from Italian regions for air support in the fight against forest fires. Firefighting planes and helicopters mostly hovered over burning areas in southern Calabria, on the island of Sicily and in Lazio, where the capital Rome is located, the Rome Civil Protection Authority announced this evening. The fire brigade managed to control or extinguish five fires.

The Civil Protection Authority confirmed again that the majority of the fires were caused by careless behavior or deliberate intent. There are currently 70 fires raging in Italy, mainly in Puglia, Sicily and Calabria, the commander of the Carabinieri Forest Protection Unit told Ansa news agency Monday.

Due to the intense heat, a red alert is in effect on Tuesday and Wednesday. In Sicily and Sardinia, disaster control has been estimated to be as high as 45°C in some cases.

Vladimir Putin is said to have missed his girlfriend’s birthday