– Switzerland has just been revealed as Putin’s money transfer company

Local banks have been moving and hiding toxic money from the Russian elite for decades. An international task force is now investigating. Massive image damage is imminent.

The United States on Wednesday launched what may be the largest treasure hunt in history. Representatives of the Ministers of Finance and the Interior of different countries met by videophone and organized a joint campaign to search for the hundreds of billions of dollars that the Russian oligarchs are hiding in the West. Also present: USA, Australia, Canada, Germany, Italy, France, Japan, Great Britain, European Union Commission. Not included: Switzerland. This is despite the fact that a large part of the wealth being sought is now in Switzerland or managed from here.

When asked, the Federal Finance Ministry said it was “aware” of the launch of the task force and was “in contact” with the countries involved. But it does not explain why Switzerland, despite its central role, is not at the table. Many in Bern, Zurich, Geneva, Zug and Lugano may suspect that we are not at all among the hunters, but among the pursuers. Because when it comes to hiding assets, Switzerland has stood firmly by the Russians for decades. 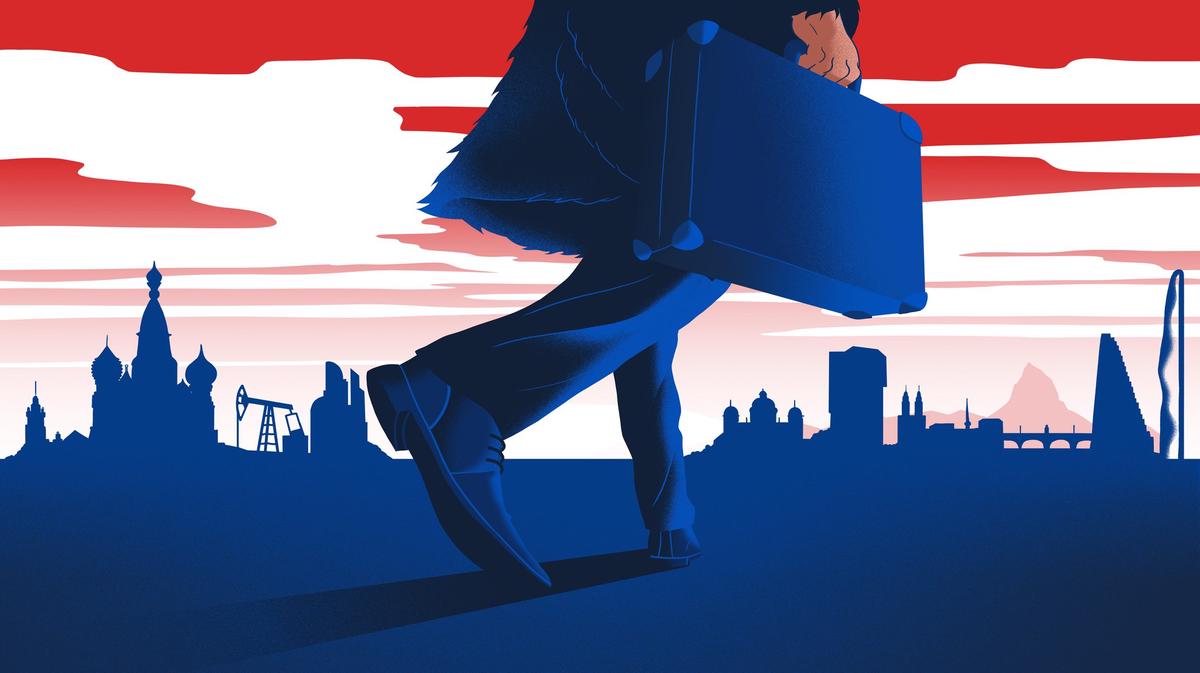 After the Jews and black money from the USA, Germany or France, the financial center is now threatened with more severe damage to its reputation in the case of Russian assets. This is on two fronts.

According to the Association of Bankers, there is currently an estimated 150-200 billion dollars from Russia in Swiss accounts. Significantly higher amounts have flowed through Switzerland over the past few decades. One thing is for sure: Some of these cash flows have been very toxic.

These are just four examples from a long list. With all these transactions, the banks had nothing to fear. The Federal Prosecutor’s Office wanted to investigate the Magnitsky case and the millions to Putin’s palace and the children of the Russian Prosecutor General. But she was forced to drop the proceedings without success because no legal aid came from Russia. Banks have always been able to rest assured that Putin’s state will not reveal whether anything about this money is illegal.

But now the most powerful countries in the world are chasing this money, and you will always find Swiss bank accounts. If one looks at transactions from Putin’s entourage through Switzerland, one fears that the domestic financial center will once again be ridiculed. “Switzerland is the first choice of corrupt Russians,” Navalny once said.

The stakes for Switzerland are almost as high as the dubious money for all the other commodities that investigators are now looking for around the world: yachts, private jets, chalets, palaces, stocks, arts, and so on. The problem here is not only wealth in Switzerland, but all over the world.

Because a large part of Russia’s wealth is hidden in email companies in the Caribbean or other tax havens. However, several leaks of data in recent years have shown that Swiss secretaries and lawyers played a world-leading role in establishing and establishing all of these hiding firms. The Pandora Papers showed that a third of the 7,000 mailbox companies are run by one of the largest offshore suppliers from Switzerland.

So if the new international team looks at the owners of all the luxury apartments in London and luxury yachts on the Mediterranean, they will in many cases come across fictitious companies set up and managed in Geneva and Zurich. Offshore companies controlled by Zurich lawyers are also behind the flow of money to Putin’s money changers and Putin’s palace. Just like banks, attorneys and trustees should not conduct these deals. But billions from Russia were apparently very tempting.

This could have dire consequences for Switzerland. We risk being seen as cash-carriers and accomplices to a regime responsible for a humanitarian catastrophe of historic proportions. Once again, the whole country has to take the blame for the unscrupulousness of some of the actors in the financial center.

Oliver Zellman He is the co-chair of the Tamedia Office of Research. His focus is on in-depth research. He is a member of the International Consortium of Investigative Journalists and was awarded the Zurich Journalist Award with his team.

Did you find an error? Report now.

Sika is moving away from American business | company sector