Marcel Schrötter had a tough race at the weekend at the new Mandalika Circuit. In 16th place, the German did not take the world championship point from Indonesia. Schrotter has had difficulties since the first training session. He also missed qualifying for the second quarter.

From the 21st position on the grid, the chances of success were slim. Schrotter was involved in the back midfield. In his group he triumphed. However, the Moto2 veteran lost a championship point by three seconds.

“Things didn’t go well for Marcel in qualifying,” IntactGP team boss Jurgen Ling sighs. “And if you start from too far, and the race gets shortened, it’s not really in your favor.”

“It wasn’t the weekend. I was hoping his hand would be better and be stronger than in Qatar, but unfortunately that wasn’t the case. We are putting that aside now and hopefully we can do better in Argentina to be able to.”

The feeling of good winter tests is gone

Schrotter achieved a few results in tenth place in Qatar. He wanted to build on that in Indonesia, but that didn’t work out. “We started the season very well, with a great feel on the bike during the winter tests,” the 29-year-old looked back at the past few weeks.

“I could ride the way I wanted without having to take anything into account. I was always fast, compared to and compared to the top guys before. Then the stupid thing happened.” 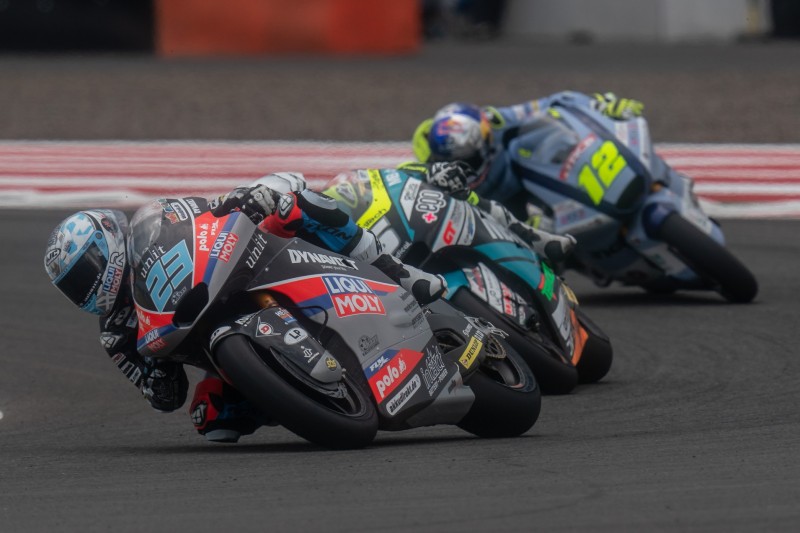 The German lost a championship point by about three seconds

“But that should not be an excuse, because my hand felt much better this weekend compared to Qatar. However, the flexible track suited me very well. Despite a lot of pain, I was able to get an acceptable result.”

“But for some reason there was no momentum here. I found it very difficult from the first lap. Given the conditions throughout the entire weekend, I don’t use it as an excuse either, because they were the same for everyone.”

“But it certainly wasn’t helpful when track conditions changed almost constantly from wet and sloppy to dry. Some people adapt faster than others in terms of preparing or adapting to a new track.” 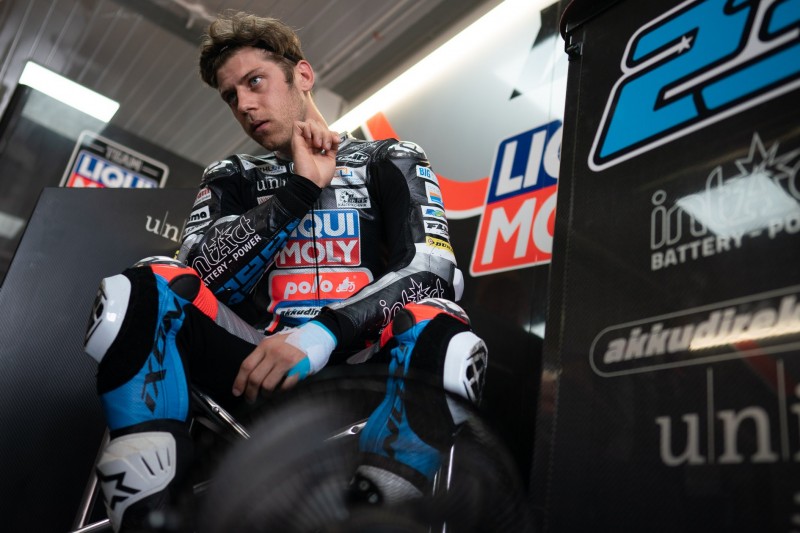 “As a result, qualifying got worse. In general, the speed was simply missing this weekend. In the race, overtaking was more difficult than expected. On paper, there are two good places to overtake.”

“Catching up wasn’t easy. However, I was on a good way to move up the field. For a while I was about to catch up with the group in front of me. There were points looming. But the fights for positions in the end take a lot of time. Taste.”

“Plus, shortening the clock was not in my hands at all,” Schrotter said. The frustration was palpable after this difficult weekend. He’s miles away from his goal for this season – to always be in the top six.

“Sixteenth place is simply not acceptable. It’s not possible. Especially because we’ve been around for a long time and want to fight on the podium on a regular basis,” Schrotter says in plain words of his current performance.

“Qualifications like this shouldn’t happen either, because our pace is not bad. It’s almost a sad reality. But everything back and forth doesn’t help, we have to find our way fast to get back to the strength we had until two weeks ago.

Thanks to cup winner Lugano, YB is definitely European – do Lucerne and GCC benefit?

The candidates from Solingen Greens are in third place