The latest phone from Google is the Pixel 7 Pro and we also tested it. And under the harshest conditions possible: a trip to an NFL game in Philadelphia and then a few days later in New York. This requires a lot of smartphone.

Go bird! Or for everyone who doesn’t speak NFL: The author of these lines is a fan of the Philadelphia Eagles and has visited Green Bird Stadium with its wonderfully cool half. The stupid thing about it: There was no time to test the new Pixel 7 models before leaving.

But we made a virtue out of necessity and took the Pixel 7 Pro with us on the ride. After all, on such a trip, you can experience those features that play a particularly important role for smartphone users these days, including connectivity, battery life, GPS accuracy and, above all, image quality. We also want to run this test in this order of priority.

Note in advance: the mobile data connection was usually on, which is possible nowadays thanks to eSIM support, which is of course also available on the Pixel 7 models and various providers easily bookable from Europe (in this case LTE via Airalo ).) Especially easy.
Pixel 7 and Pixel 7 Pro

And what is perhaps the most important aspect of a smartphone when traveling? Right: battery life. Because when sightseeing – hopefully and in this case happily in sunlight – screen brightness is usually max. The device is in constant use to take pictures, send messages home, and locate the person. In other words: these are the toughest possible conditions for a mobile phone.

The battery is good, but pack the charger

The Pixel 7 Pro battery has a capacity of 5000 mAh (Pixel 7 is 4355 mAh). On quieter days and also during tests at home we got through the day with ease, but the uptime doesn’t seem to be any improvement compared to the Pixel 6 Pro used earlier. 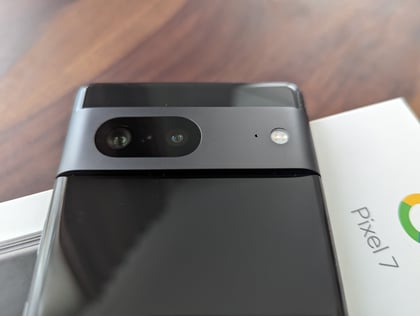 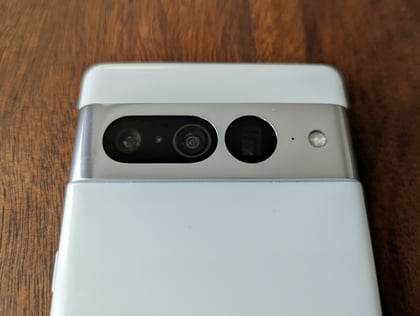 However, when traveling, it becomes necessary to activate the battery saving mode very quickly and then even the extreme variant, which changes to a black / white screen, among other things. So it is definitely recommended that fast charger To pack your belongings when you’re out all day. Of course, battery tests are always subjective, so there’s an gut feeling: uptime is fine, but certainly not much more than that.

The next function, which – of course, not only when traveling – constantly comes into the user’s eye is the monitor. Because nowadays we are constantly staring at a screen, whether at home or when we are away. The 6.7-inch screen of the Pixel 7 Pro again brings a 120Hz panel, the Pixel 7 is 6.3 inches with (only) 90Hz. The latter is almost unchanged, the Pixel 6 was with a slightly larger 6.4 inches. According to Google, both models are 25 percent brighter, but the difference is barely visible with the naked eye in the sun. However, both new pixels are more than bright enough outdoors to be able to use them comfortably. One criticism of the Pixel 6 Pro was that the curvature on the page was too much – text was almost “cut off” or garbled. You can get used to it, but it was clearly an exaggeration. With the Pixel 7 Pro, Google has tweaked and mitigated this. The screen is still “curved” on the sides, but only slightly so that it resembles 2.5D glass.

The Pixel 7 Pro’s screen isn’t entirely bug-free, even if it’s most likely a software issue: because scrolling sometimes is weirdly slow, which is not entirely understandable, especially when the device is connected to the charging cable. If you want to quickly scroll a page and scroll quickly and scroll quickly, sometimes it doesn’t work as desired, but it’s hard as honey.