After Freie DAW ardor Coming to v7, now it’s another audio/MIDI pearl’s turn: Musescore Without a doubt, it is one of the most popular free music notation apps. The latest official release is version 3.6.2. As of February 8, 2021. The development of version 4 has been in full swing for quite some time and with the first beta version of version 4 one can assume that the release candidate will be published accordingly in due course. I tested this development version and as version 4 suggests, it worked very well. Details here:

Musescore 4 has 400 new icons and new customizable color schemes (light, dark, high contrast). Upon getting started, you are now greeted with a revised start page, which, in addition to accessing both local and online results (from musescore.com) also shows available plugins and tutorial videos (on youtube). 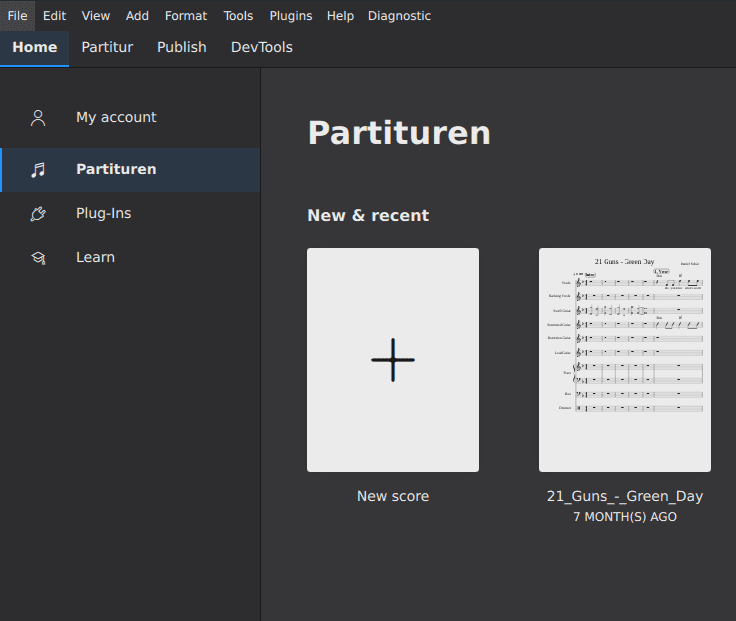 You can also select and save different “workspaces”, that is, the order of the contents of panels and windows. 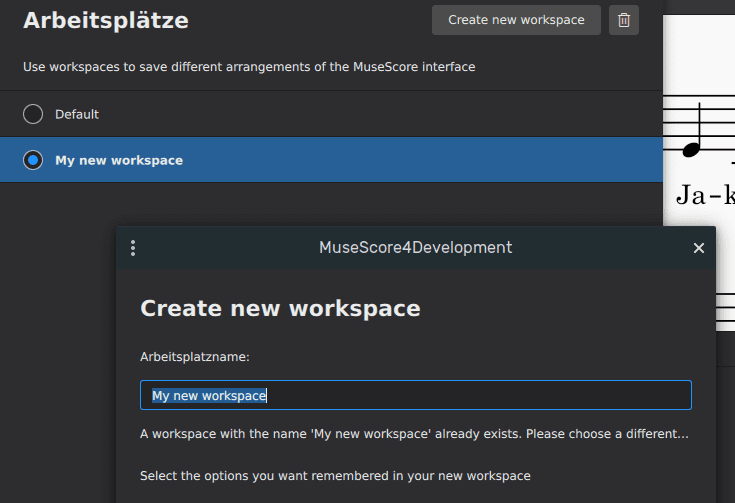 One of the most important tasks of the grading app is to assign notes as professionally as possible. MuseScore 4 introduces a new system of horizontal spacing, crumbs, stacks, and stacks that span multiple systems, and hundreds of other minor fixes and tweaks to lyrics, joint placement, vibrato, and general placements. Enhanced table support (eg bends) should also be emphasized. This can eliminate the need for guitarists and guitarists to use dedicated guitar notation apps (such as TuxGuitar, which over here already reported).

Loading your old MuseScore 3 scores shouldn’t require any special conversion, but it should sound a lot better due to the massive improvements in engraving with the Muse Sounds orchestral plugin (see sounds section).

Opening and editing fragments (excerpts) in Musescore has always been a huge unnecessary hurdle. Parts can now be opened directly with a button located prominently in the middle. The toolbar can now also be customized as desired. The new plus button in the toolbar often replaces going to a submenu.

A frustrating experience that has now seen an improvement is the Tools dialog, previously hidden in a shallow menu. Now it can be called as a panel on the left side, just like the dashboard. The properties panel replaces the old and somewhat confusing “inspector” from version 3.X

MuseScore 4 now supports VST3 tools and effects. All compatible plug-ins installed on the device are automatically made available in Mixer, where you can stack multiple VST effects and access the respective plugin interface. Unfortunately, according to Mark Sabatilla, this does not work yet with version 4.0: “For 4.0 it should have been temporarily disabled already due to complications in getting UI effects, but this work is expected to be completed soon after the initial 4.0 release release.”

Sounds loaded into Mixer are always saved for each score, eliminating the need for the MuseScore 3 synthesizer board (removed in MuseScore 4). SF2 and SF3 are supported, but SFZ is no longer supported. If you have previously used SFZ files for playback in MuseScore 3, it is recommended that you use a free VST sampler such as Sfizz that supports SFZ playback. 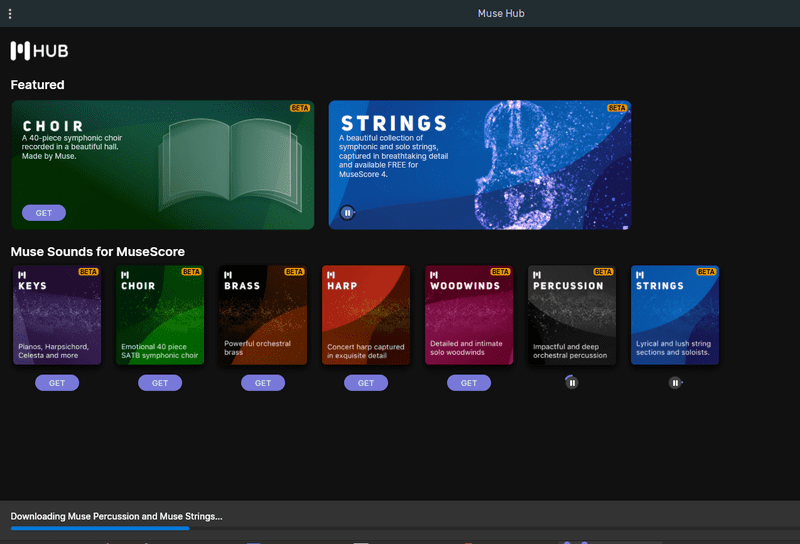 MuseScore 4 adds support for a free sample library called MuseSounds, which is available as a separate download. This will be available via the new MuseHub, which unfortunately will not be released as free software.

Playback errors occurred frequently when importing GuitarPro files (gp3, gp4, gp5). However, once saved as MuseScore files, it runs smoothly. When exporting, you can now choose whether you want to have all parts separately or in a single file. Braille is also supported as an export format.

My conclusion: the beta isn’t the final version yet, and different things from Musescore 3 aren’t working yet (see https://musescore.org/en/node/334701). In general, my impression of the beta version is very positive. As the workflow changes, perhaps one or another user will not be able to avoid a certain amount of re-learning, but overall it will be worth it, given that the app is a huge step forward in terms of features (blogging, audio) and above all ease of use (design Contemporary, workflow).

Users are encouraged to test. Errors reported https://github.com/musescore/MuseScore/issues – The “Report an error” link under the Help menu (like all the other links) doesn’t work (yet) – at least for me.