Volkswagen and Ford threatened a battery disaster in the US – and now the warring suppliers have reached an agreement. One has to pay billions.

The USITC (United States International Trade Commission) had already imposed a ten-year ban on importing batteries from SK Innovation (SKI). Reason: The company was said to have stolen the intellectual property of its partner LG Chem and destroyed relevant evidence. For VW and Ford, this was disturbing news: the electric version of the F-150 pickup truck, which was very important for Ford, had SK-Innovation batteries as well as several American electric models from VW. The Georgia-based SK Innovation in Commerce battery plant, which has been under construction since the beginning of 2019, is only 146 miles (235 kilometers) by car from the Volkswagen plant in Chattanooga, Tennessee, USA – SK Innovation has begun construction At the factory, when LG Chem was fired from a VW battery manufacturing contract. All of a sudden, the companies have settled bitter lawsuits.

Starting in 2022, ID.4 will also be launched from the assembly line at the VW plant in the US in Chattanooga in Tennessee – until then, the plant will be converted to production of MEB vehicles (MEB: Modular Electric Drive Kit).

The parties have agreed to resolve all legal disputes in the United States. In addition, SK Innovation and LG Chem will abstain from filing a lawsuit for the next ten years. For this purpose, SK Innovation is required to pay LG Chem $ 1.8 billion (currently equivalent to € 1.51 billion). SK Innovation settles this debt via cash payments and licensing. 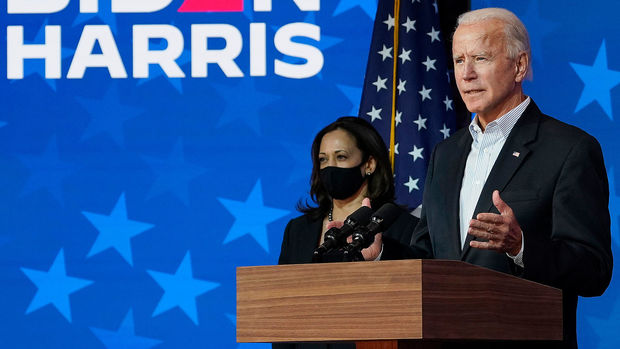 US President Joe Biden had set a deadline for LG Chem and SK Innovation to come to an agreement – and it worked.

Pressure from the President of the United States

The surprising agreement was not accidental: Volkswagen and Ford had seen a risk to their future production of electric cars in the US – and they likely have put a lot of pressure on the Brawlers. Georgia Gov. Brian Kemp (Republican Party) also saw SK’s innovation jobs in his state as at risk – about 1,000 professionals are expected to work at the plant by the end of 2021. So he appealed to US President Joe Biden to lift the USITC import ban. Biden then set the two contenders a deadline Sunday evening (April 11, 2021) to reach an agreement. Under this pressure, SK Innovation has apparently agreed to pay out billions. Joe Biden can also see this as a success for his policy – he has just announced that he will support the development and production of electric cars with government funds of up to $ 174 billion (€ 146 billion).

LG Chem specifically accused SK Innovation of stealing more than 70 employees in order to obtain classified information about the production of electric vehicle batteries. SK Innovation destroyed the potential evidence. Due to the stolen knowledge, it is alleged that it is possible for SK Innovation to enter into contracts to supply billions of dollars of batteries with automakers such as Ford and VW, the angry LG Chem. South Korea’s SK Innovation is already making its money developing natural gas and oil and producing these raw materials. On the other hand, Koreans are now also involved in the research and production of batteries for electric cars. To do this, I worked with the Korean company LG Chem. 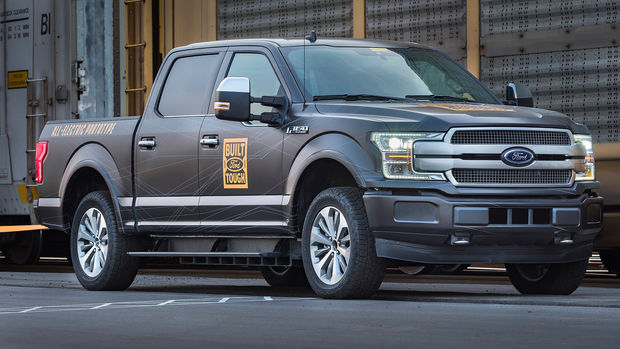 Prototype Ford F-150 EV planned in mid-2022: Despite the US SK Innovation battery import ban, Ford sees no problems with the market launch date for its electric van.

US commercial judge Cameron Elliott saw LG Chem’s allegations as proven: It was found that SK Innovation destroyed the documents with the intent to make it impossible to prove the theft of trade secrets. On the one hand, SK Innovation claimed that the information in question was not classified and that the punishment on the one hand was too harsh and on the other hand the US plans to expand electric mobility were jeopardized.

Deadlines for Ford and Volkswagen

However, USITC has set a four-year period in which the Koreans are still allowed to supply Ford. Accordingly, Ford was relaxed: the automaker found no reason in the import ban to delay the market launch of its highly anticipated F-150 EV, which should begin deliveries in mid-2022. SK Innovation has also signed contracts with VW. USA to deliver batteries for MEB vehicles (MEB: Modular Electric Drive Kit). The USITC granted the Germans a two-year change period.

Yes, you can carry more energy with you this way.

No, it was the day of the combustion engines.

Even if Ford and Volkswagen were comfortable with the always-sensitive supplier problem, the pressure to solve SK’s innovation problem was apparently overwhelming. It was not in vain that even US President Joe Biden saw action needed – and successfully contributed to resolving the conflict. For SK Innovation, this solution is too expensive due to the cost of $ 1.8 billion.

HSV: Sonny Kittel talks about the failed change of the USA

Super League: These big stars don’t have a club yet

New systems for Tesla factories in Germany and the US > teslamag.de