Protest groups demanded justice for the women murdered in Guatemala this Sunday (03/07/2021) and an end to gender-based violence in Central America. International Women’s Day.

Demands were raised during the procession We need each other alive It took place between the Supreme Court and the court Constitution Plaza, In the historic center of the Guatemalan capital.

During the tour, women in Guatemala carried banners, photographs and flowers with portraits of murder cases, including the Public Ministry’s Criminal Investigator (Attorney’s Office), Luc Maria del Rocio Lopez Morales, 25, and her husband on January 20. More fire Safe house, Recorded on March 8, 2017, in which 41 girls were burned amid reports of alleged abuse. Read a banner that reads, “Women will not touch, they will not rape, they will not burn, they will not kill one another.”

As protesters marched on the outskirts of the old government palace, they set fire to a pinata depicting Guatemala’s President Alejandro Giamati. In addition, they painted the walls at the municipal bus station and broke the glass.

Guatemalan women demanded that their country’s authorities punish those responsible for the murders and abuses against women, that legislation against sexual harassment be approved, and that chemical castration for sexual assault be restricted. 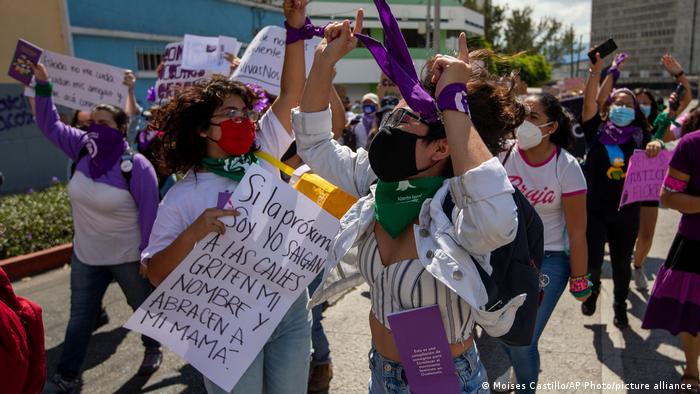 So far this year, more than 10,500 cases of violence against women have been reported in this Central American country, according to figures from the Ministry of Women’s Watch. The prosecutor’s office also points out that one in every ten complaints submitted to a judge corresponds to the murders of three women and girls.