The programming language was developed with the goal of avoiding specific program errors that lead to memory access errors or buffer overflows. This is intended to provide more security and prevent vulnerabilities that attackers can exploit. Miguel Ojeda is in charge of the project. Among other things, the developer has developed security concepts for Rast himself. Thus, the programmer is pre-prepared for the development of the new Linux kernel. 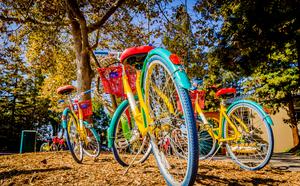 In addition, Google announced in February of this year that it would hire developers Gustavo Silva and Nathan Chancellor full-time to ensure the security of the Linux kernel. Thus, Google makes a decisive contribution to the security of millions of computers around the world. However, the incentive of a giant search engine is not just pure human pleasure. Google uses a modified version of the Linux kernel in its Android mobile operating system. Thus, the company seeks economic interest through the investments made.