like before mentionedSamsung introduced two new foldable smartphones and accessories (headphones and two smartwatches). Mobile phones are the latest generation of the “Galaxy Z” series. While the new Fold4 can be opened like a book from a thin cell phone to a small tablet, the Flip4 is reminiscent of the classic clamshell cell phone. Instead of a side hinge, this is at the top and the square device opens up like a notepad, so you have a regular smartphone in your hands.

The Flip4 is folded together into a Borapurple: the small cover screen in the dark area and the dual camera next to it. 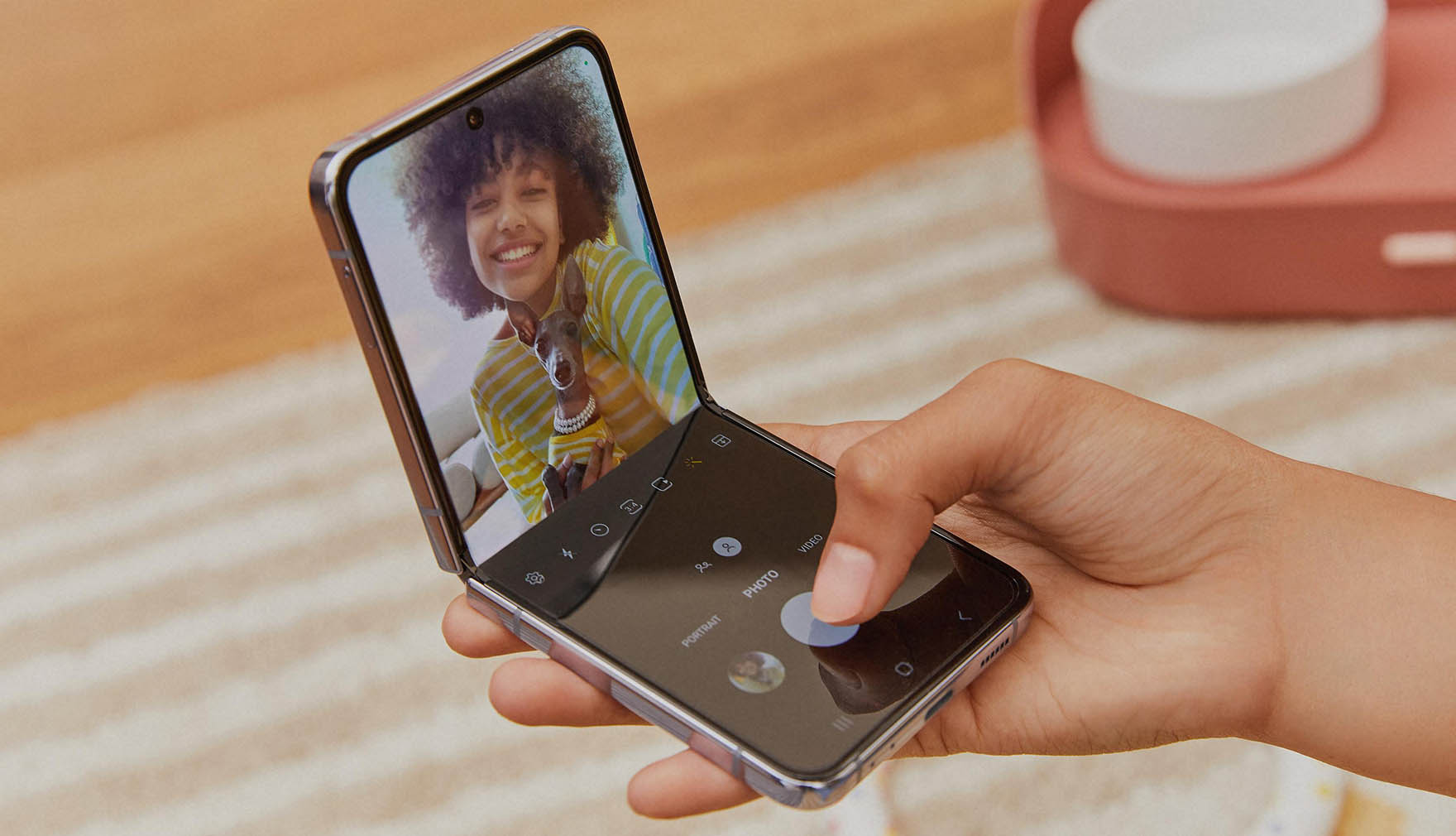 Flip4 Half Open: Comes with an improved camera, a more powerful battery and a slim design. 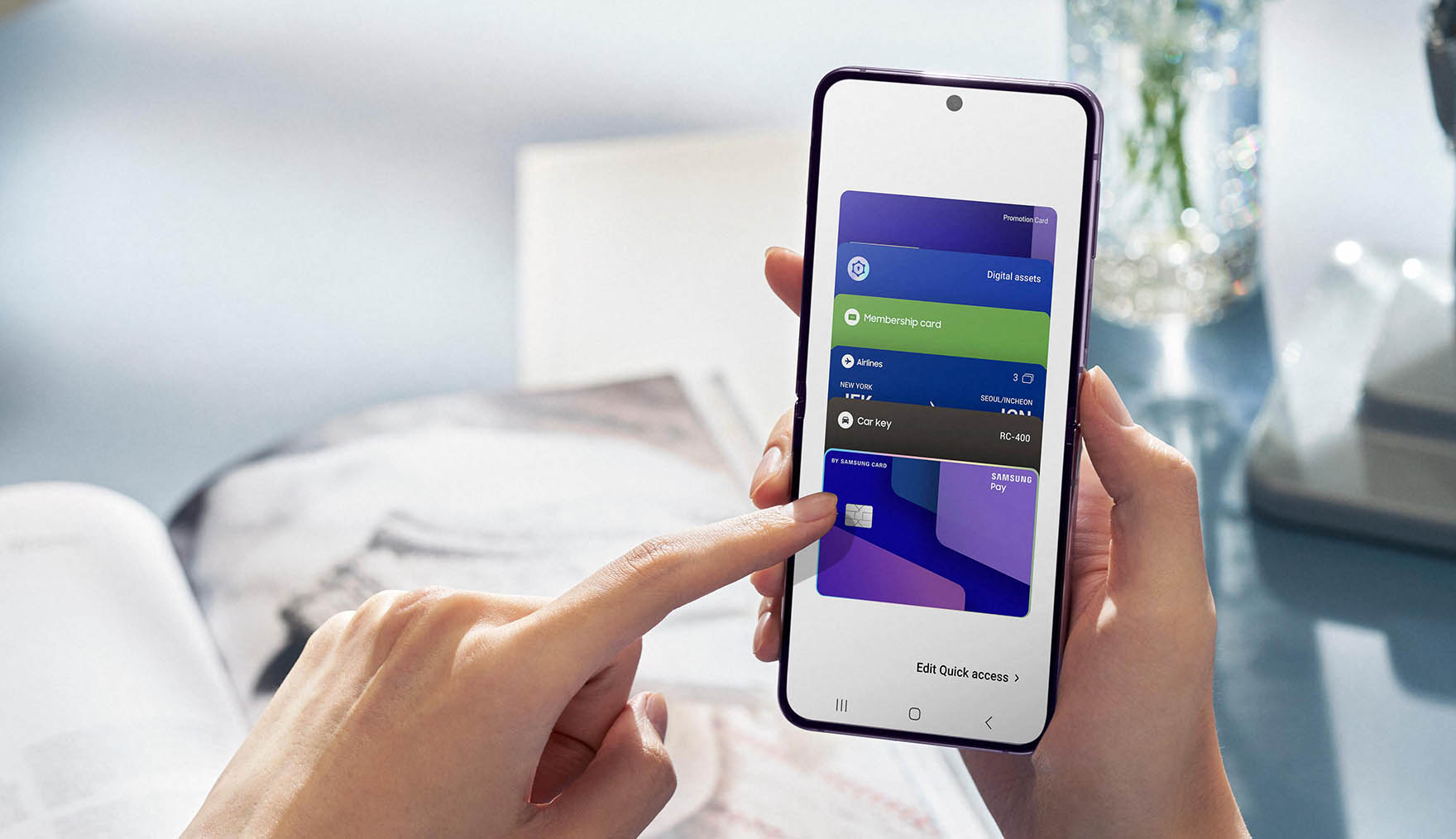 When fully opened, the Flip4 is a “regular” smartphone.

In addition to the internal home screen, the Flip4 has a small cover screen on the outside that can be configured so that certain screens (weather, stock quotes, speed dial buttons, etc.) are displayed there. By the way, in terms of the camera, the Flip4 is relatively modest with a dual camera (wide-angle and ultra-wide angle, each 12 MP) and a front camera, which also clearly distinguishes it from the more expensive Fold4, which has Galaxy S22 camera technology.

The Galaxy Z Flip4 builds on the success of Samsung’s foldable technology and adds key features. This includes an improved camera, a larger 3,700mAh battery, and expanded customization options. The ultra-compact design is still maintained.

Once the Flip4 is folded in half into camera mode, the new FlexCam is activated. This allows users to take hands-free videos and group selfies from different angles. *2 To do this, place the Flip4 on a surface and activate remote recording via hand gesture or self-timer. Through Samsung’s partnership with Meta, FlexCam is optimized for in-app recording for the most popular social platforms. Among them are Instagram, WhatsApp and Facebook. 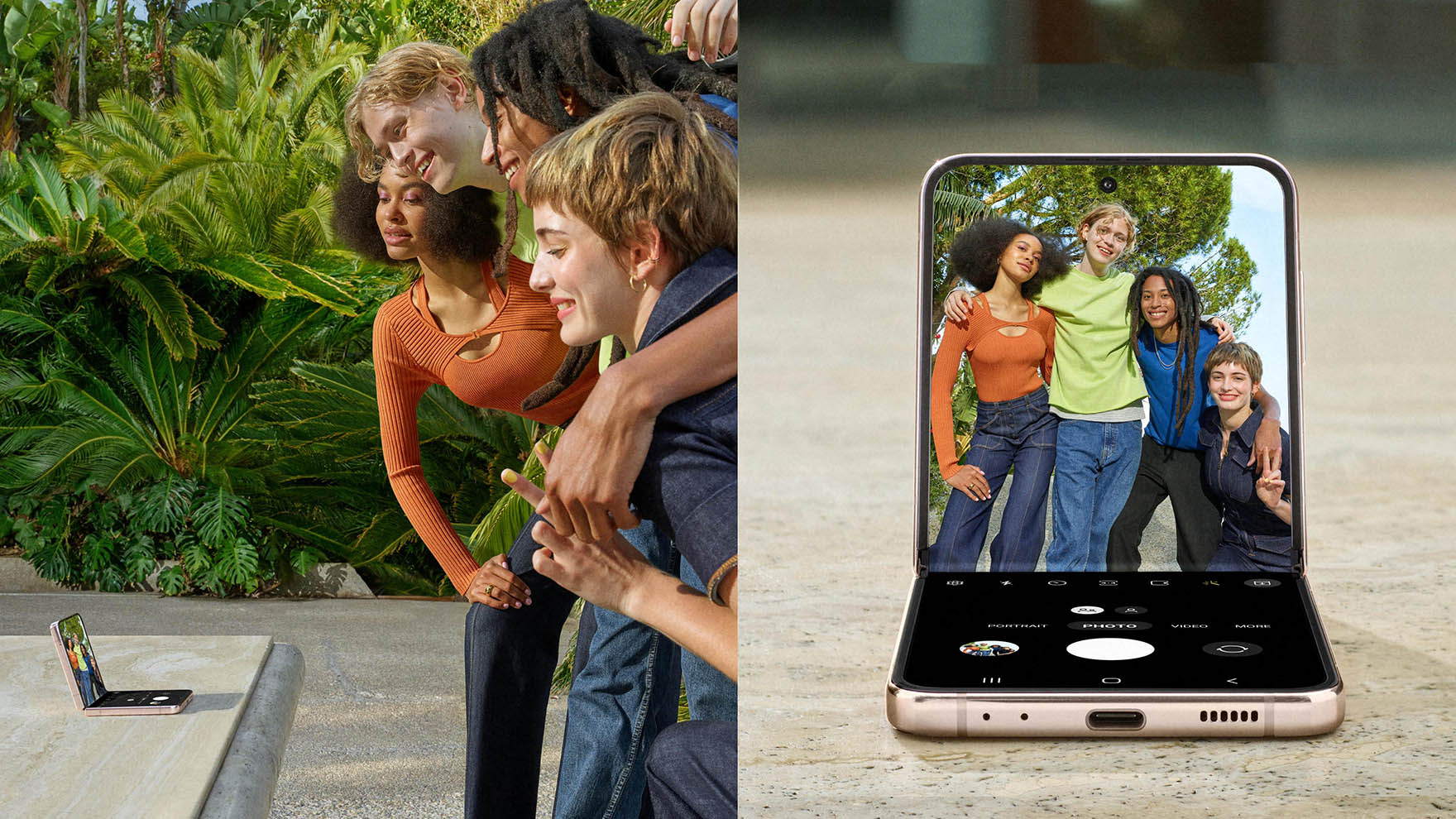 Taking high-quality selfies with the main camera is made easier with Flip4 thanks to the improved Quick Shot mode on the cover screen. Flip4 users can now also take selfies in portrait mode and see a preview of the actual aspect ratio on the cover screen. Video recordings played in Quick Shot mode will not be interrupted when you switch to Flex mode. Thus, recording will continue when the Flip4 is folded or opened in camera mode.

The entire program without opening

Flip4 users can control a variety of apps and apps without having to unlock the smartphone. The cover screen on the front is designed for this. This can be used to make calls, reply to messages, control unlocking the car 4 and even the SmartThings Scene* 5 widget. 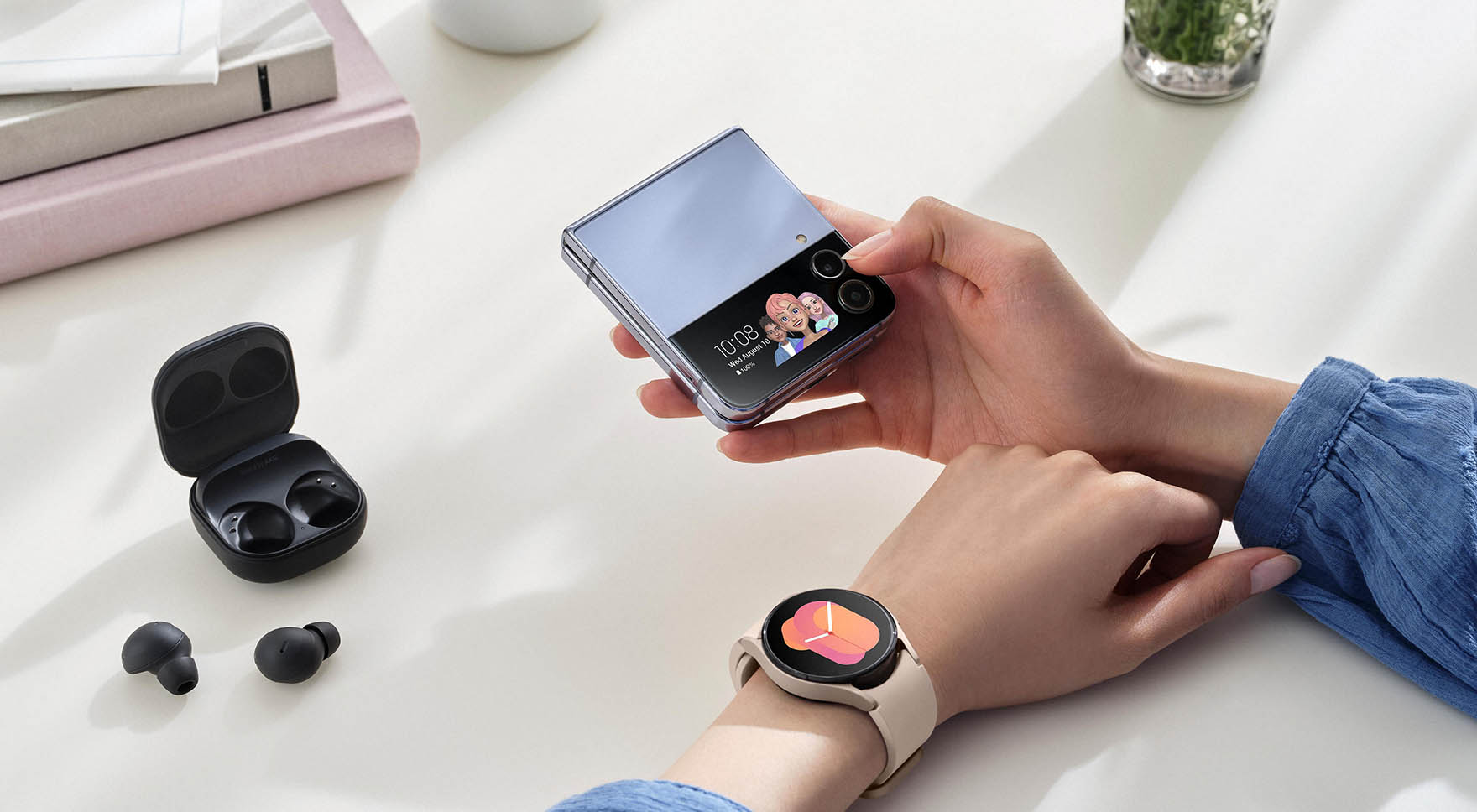 Longer Use, Faster Charging The extended 3700mAh battery of the Flip4 extends its usage time. *6 In addition, Flip4 now supports Super Fast Charging. In about 30 minutes, the smartphone is recharged to 50 percent. * 7

Every Flip4 is unique

A slim hinge, beveled edges, high-contrast rear glass, and glossy metal frame give the Flip4 a sophisticated design. With Galaxy themes on the cover screen and home screen, users can fully customize the device inside and out and emphasize their personal style with fonts, icons, and designs. The cover screen can also be customized with new watch designs and backgrounds in different formats such as photos, GIFs and videos*8.

Armored aluminum frame and hinged lid plus “Corning GorillaGlass Victus +” on the cover screen and back make the Flip4, along with the Fold4, the most powerful Samsung foldable currently available. The improved layered chassis increases the durability of the main display panel. This reduces the damage caused by external influences. In addition, the Z Flip4 is waterproof according to IPX8 * 9.

The Samsung Galaxy Z Flip 4 is available for pre-order now and will be available in Swiss stores from August 26th. It will be offered in BoraPurple and Graphite colors, as well as the new Pink Gold and Sky Blue colors. Other colors or color combinations (frames, housings) are also available on Samsung’s eStore. Flip4 is offered in three types of capacity (128 GB, 256 GB, 512 GB).

The entire Samsung range, including new Galaxy products, can be tried at the Samsung pop-up store at Zurich Airport until August 31, 2022. At a later time this will also be possible in other places. There is information about the places Online.