Anyone who produces music knows how important latency is. I recently read that the real-time feature is finally here It finds its way to the main core. This will eliminate the need to install a separate kernel in real time and the kernel will be ready for audio production from scratch. But until then there will still be a need to improve the distros (provided you don’t use a distro optimized for audio production like Ubuntu Studio or AVLinux). How do we do this stand linuxdio Or there are few helpers. I would like to briefly introduce one here.

I don’t have a professional audio interface in my home studio, and when I recently tried to do some recording again, it failed because my DAW (Waveform11) kept turning off audio, even though the CPU wasn’t constantly occupied (according to Stacer – look at the picture).

Changing the latency settings in the audio interface did not help (I was at 7.3 ms and shouldn’t exceed 10 ms for comfortable work). I have now found the rtcqs tool in Python, which is supposed to help identify and patch vulnerabilities. Or as the website puts it more broadly: rtcqs is a tool that analyzes the system and detects potential bottlenecks that can negatively affect system performance when working with audio on Linux.

The following suggestions for improvement emerged: 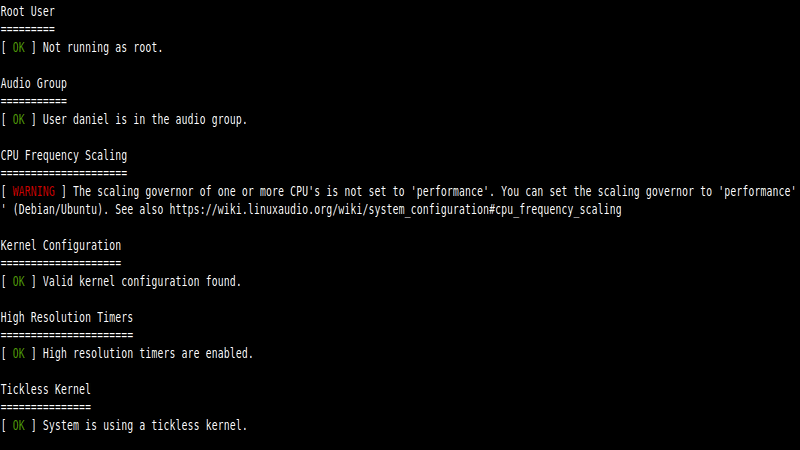 CPU power frequency It should be on my system performance is set. In addition, the swap It is modified by me and much more.

Yes, but changing the cpupower frequency helped me and I no longer have any leaks because the CPUs are now being used correctly. Additionally, I was able to bring the latency down to nearly 5ms and had no dropouts.

So if you’re having issues with real-time audio in Linux, it’s a good idea to check rtcqs.

The king of the CHIP leaderboard: The Apple iPhone 14 Pro Max is convincing across the board