As it became known, Dell began offering the Alienware m15 R5 premium gaming laptop with a trimmed shape of GeForce RTX 3070. Among other things, it has only 4,608 shaders. Usually GeForce RTX 3070 Total 5120 shaders, which corresponds to a decrease of 10%. Since the boost clock frequency remains unchanged, owners of such a lowered GPU should expect a performance loss.

It is currently unclear why Dell is reducing the number of CPUs. This is supposed to be used to reduce TDP for laptop cooling management. Simply lowering the power limit may be one measure, but Dell is also achieving its goal with a smaller expansion.

However, Dell has to be distinguished for not showing performance degradation in the notebook’s technical data. Gamers aren’t getting a full GeForce RTX 3070 mobile GPU, as the manufacturer has left off. 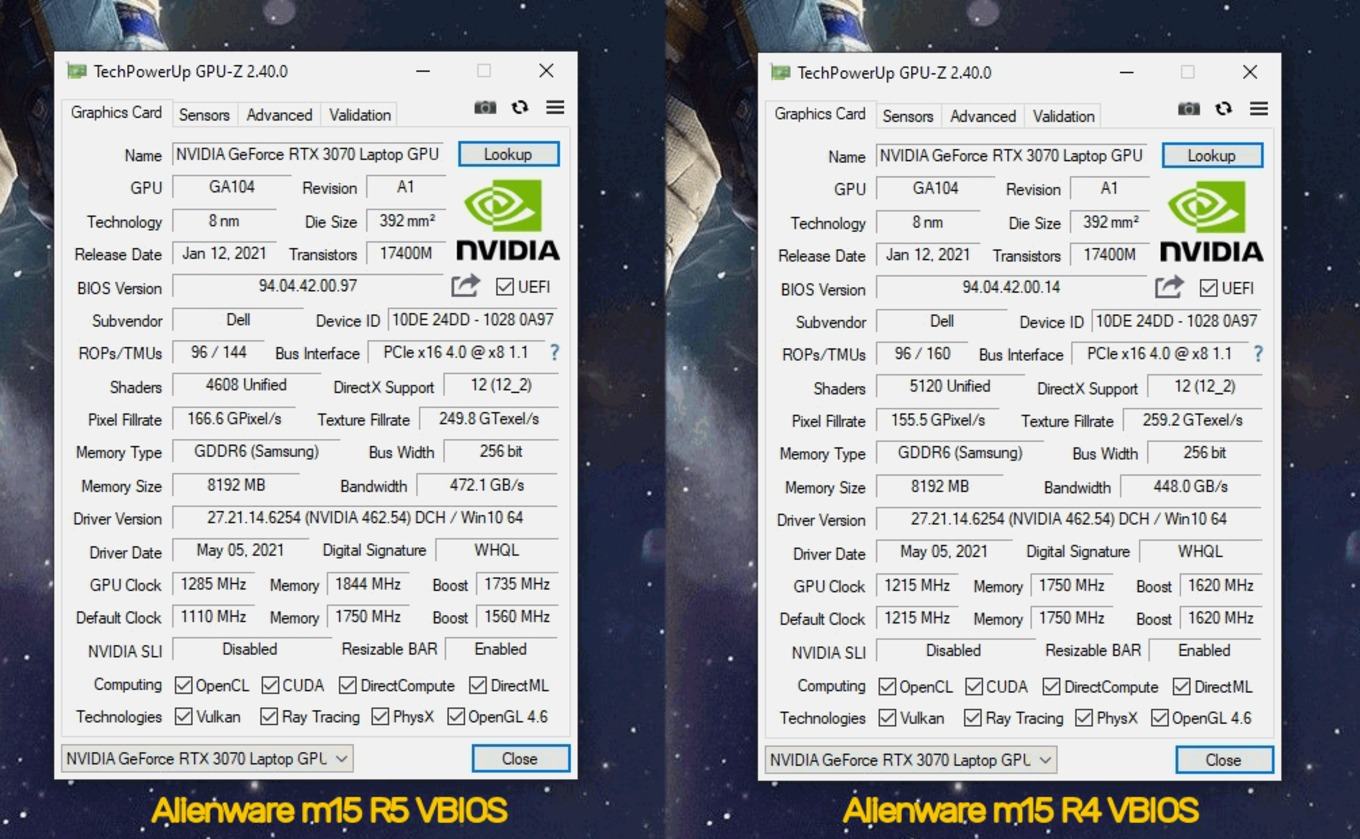 But there are also other assumptions about why Dell is using a watered down version of the GPU. It is also possible that the semiconductor crisis has reached the manufacturer and that they are simply relying on partially defective chips.

As of now, Dell hasn’t released an official statement yet, so the exact reasons should remain in the dark for now.