The New York Attorney General’s office is bringing civil charges against the former US president and some members of his family.

After years of investigations and legal battles, a lawsuit has been filed against former US President Donald Trump. New York Attorney General Letitia James on Wednesday filed a wide-ranging lawsuit against Trump, his company and their three children, Donald Jr, Eric and Ivanka, among others. They are said to have manipulated the company’s value in the Trump Organization on a large scale and for years.

According to the allegations, the Trump family is said to have increased or decreased their finances as needed, for example to facilitate access to loans or to pay lower taxes. James said Deutsche Bank is also said to have granted such loans. Through the lawsuit, it wants to establish, among other things, that the Trump family must pay $250 million in damages.

“Donald Trump has falsely inflated his fortune by billions of dollars to unfairly enrich himself and deceive the system – so we all,” James said. For three years, she led civil investigations into the Trump corporation’s empire, said she spoke to 65 witnesses and evaluated “millions of documents.” Over a decade, Trump and other defendants have reported false assessments of assets in more than 200 counts. James said the 220-page lawsuit contains many examples.

Trump’s company denies the allegations. “As we all know, today’s indictment has nothing to do with the facts or the law,” the Trump Organization said Wednesday, according to the New York Times. “Instead, it’s about politics, very simple.”

Trump considers himself a victim

In the United States, prosecutors usually belong to a party and are elected by the people in many states. James is a member of the Democratic Party and works for the New York state government. The former president, who is a Republican, has repeatedly described the operation as politically motivated, and Trump on Wednesday spoke of “another witch hunt” against him.

Son Eric Trump made a similar statement on the Truth Social, which his father co-founded: “Letitia James is the most corrupt attorney general in US history – during the campaign I promised to sue my father.”

Fight on many fronts

Donald Trump has fought numerous struggles with the US judiciary for decades. Even as a construction magnate, he was embroiled in legal disputes. During his presidency from 2017 to 2021, he was repeatedly targeted by the judiciary. For example, FBI Special Counsel Robert Mueller investigated whether there was covert collusion between the Trump campaign team and representatives of Russia.

Since the end of his presidency, Trump has struggled on multiple fronts with legal cases or investigations that could have legal ramifications for the 76-year-old. For example, the commission investigating Trump’s role in the Capitol storming on January 6, 2021 could end up recommending his prosecution. 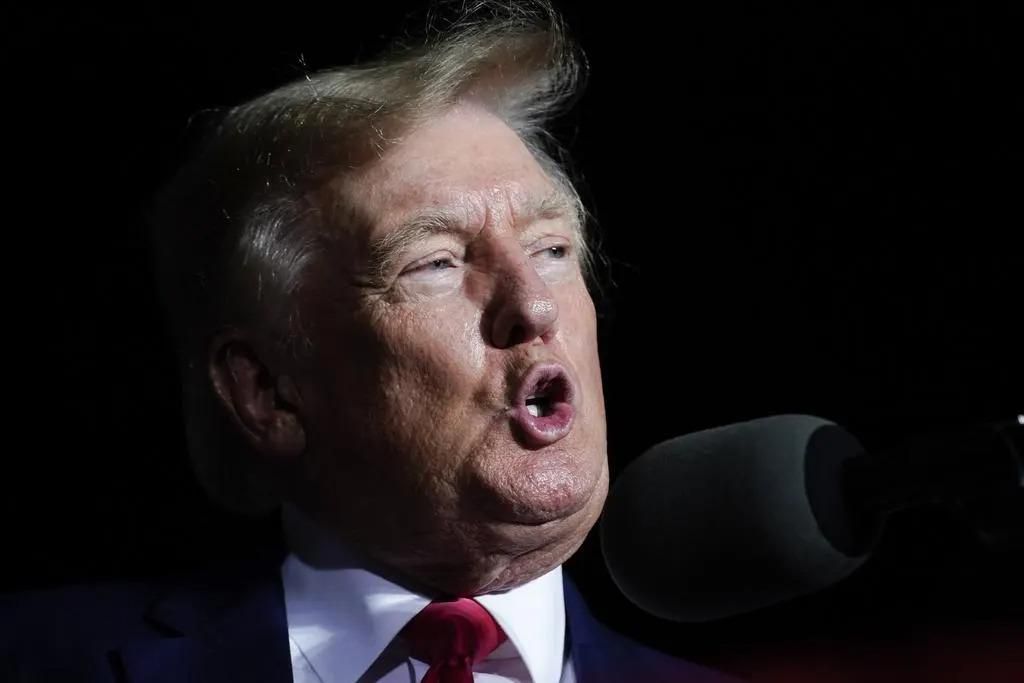 Federal Police The FBI also searched Trump’s estate in Mar-a-Lago in early August in Palm Beach. The background is Trump’s handling of classified documents from his tenure, which are now being investigated. In another offense in the US state of Georgia, there is talk of whether Trump illegally pressured election officials to allocate additional votes to him in the 2020 election.

What the lawsuit aims to achieve

Attorney General James said she wants to prevent Trump or his children from serving on corporate boards in New York. It demands that all of them be barred from borrowing or buying real estate for five years. James also believes that Trump may have also violated New York State criminal law and US federal laws. She said she also handed over the findings to the IRS and prosecutors for potential criminal investigations.

It is unclear how this process will affect Trump’s political career and the upcoming elections in the United States. Trump has repeatedly indicated that he wants to run for president again in 2024, but he has not yet officially announced this. Experts are of the opinion that an often multi-year measure with opportunities for review and renegotiation before the elections in November 2024 is unlikely to lead to a conviction.